“Save your time and budget and experience the summit of two (6th and the 8th highest peak) expeditions, Mt. Cho-Oyu and Mt. Shishapangma in a single itinerary and duration with the same acclimatization and efforts as a single mountain climb.”

Shishapangma is one of the most lovely mountains in the world with an altitude of 8012m. This Mountain lies in Tibet, the Autonomous Region of the Peoples Republic of China. Only very few people in the world have an idea about the Shishapangma before the Chinese opened Tibet to the western summiteers in 1980. The Tibetans regard it as the holy mountain. It is the youngest among fourteen mountains above 8000m. That lies in high Himalayan ranges. Mt. Shishapangma is located in the central Himalayas and lies totally inside Tibet. To the east of Shishapangma lies Mt Molamenchen, west lies Mt Xifeng and Mt Nandengri, and to the northwest Mt Kangbochen.

Meanwhile, the sixth highest mountain in the world is Cho Oyu (8201m).  Cho Oyu Expedition is a classic Himalayan climb and is considered the easiest 8000m peak to climb via its Northwest Ridge, with no technical climbing, big snowfields, and little objective danger. Cho-Oyu is easily accessed by a 4-wheel-drive vehicle from Tingri, often guided, and is the first 8,000-meter peak for most climbers. Mt. Cho Oyu is located 30km west of Mt Everest and straddles the border between Nepal and Tibet.

Snowy Horizon Treks & Expedition provides a perfect opportunity to ascend two peaks of 8000m in the same season, due to the proximity to Cho Oyu from Shishapangma, the infrastructure and logistics placed on both mountains by the company. The Chinese offer a modest discount on fees for climbers attempting more than one 8000m peaks in a season, but the permit will have to be finalized well before the first expedition. No reimbursement will be made to such climbers for not making an attempt on Cho Oyu or Shishapangma. For climbers considering both peaks, please contact us to determine if it is the right choice for you.

The Shishapangma with Cho-Oyu (45 days) Expedition package with fixed departure dates in spring and autumn of Snowy Horizon is a group joining climbing package. We offer you special discount rates on group joining on this package however the royalty and permit fees are beyond our control and are already high. Shishapangma and Cho-Oyu Expedition also known as the Tibet Combined Expedition is one of the most popular expedition trails in Tibet. This Expedition combines technical alpine walking with majestic panorama and a combination of cultures unmatched by any other Expedition in Tibet.

Approaches from Kathmandu to Shishapangma ABC:

Most of the climbing is on ice and snow slopes up to 30 degrees with a few very short sections of steeper rock and ice. This makes it perfect for ski and snowboard descent. The first ski descent of an 8,000-meter peak was on September 19, 1987, when Polish climber Jerzy Kuczka reached the summit of Shishapangma and then skied down.

The Shishapangma ascents can be attempted with or without oxygen which depends on the climbers' experience, stamina and strength at altitude. The climber should take a final approval from our expedition leader about the need for oxygen. Apart from that, oxygen will be placed at high camp for all climbers, and no refund will be provided if it is not used.

Is Climbing Shishapangma in Spring Better than in autumn?

On Shishapangma like Cho Oyu (it doesn’t matter), each season has slightly different weather and different attractions but for Shishapangma being lower than Everest the reliability of good weather is roughly smooth.

Spring starts cold and then warms up. So acclimatization is tough but the climb can be pleasant with slightly longer days and warmer temperatures. In spring you wait for the transition between winter winds and monsoon snowfall. You don’t want to get big a snow dump on Shishapangma because of objective avalanche danger on its 30deg slopes and the steep north ridge. The visibility in spring is usually not as clear as in autumn. The optimum spring summit usually is in around mid-May.

Autumn climbing is nice and comfortable. It is easy to acclimatize and you basically wait for the weather transition from monsoon to winter, when winds stop before they change direction. There is lots of snow and high objective avalanche danger, so you basically wait for snowfall to stop and snow to consolidate, and hope for no snow dump just before you are ready for your climb. The visibility is superb, crisp and crystal clear. The optimum autumn summit is around the end of September and early October before winter cold winds set in.

08-09 Sep: Day 09-10: Rest and acclimatization at Chinese Base Camp; Provision of Yaks and preparation for  Advance Base Camp (ABC) trek.

01 Oct: Day 32: Trek down from ABC and drive to Tingri, overnight Hotel.

13 Oct: Day 44: Rest and leisure day and shopping in Kathmandu.

14 Oct: Day 45: Final departure to your port of destination.

14-15 Apr: Day 09-10: Rest and acclimatization at Chinese Base Camp; Provision of Yaks and preparation for  Advance Base Camp (ABC) trek.

07 May: Day 32: Trek down from ABC and drive to Tingri, overnight Hotel.

08 May: Day 33: Drive from Tingri to Drivers’ Camp of Mt. Shishapangma, camping.

19 May: Day 44: Rest and leisure day and shopping in Kathmandu.

20 May: Day 45: Final departure to your port of destination. 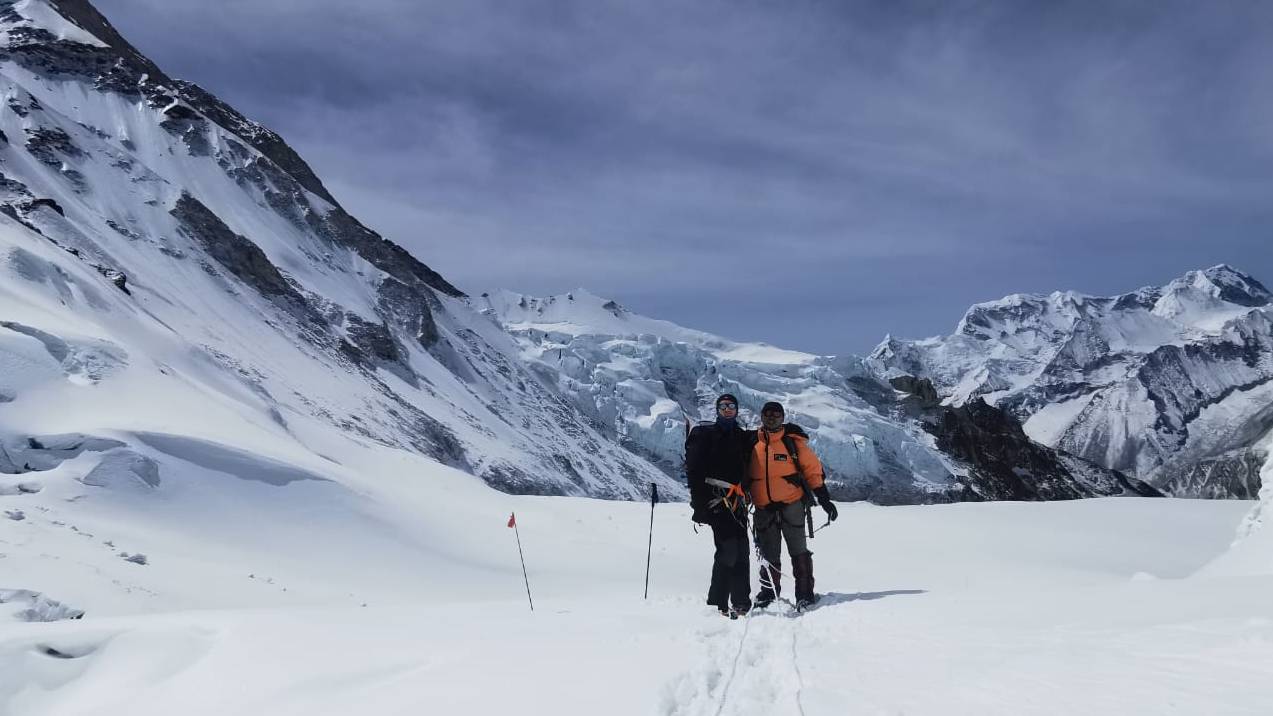